STATEMENT to the POLICE from Scientist Peter Dow

Got a phone call this morning 8.30am from the police officer concerned - I think he identified himself as "Constable Paterson" and I told him I had sent the police a statement by email. He said as I wasn't willing to open my door to him, he would take my email which the police had received, text quoted below, as "corroboration" and a report would be sent to the Procurator Fiscal (alleging some trumped-up criminal offence). I asked him to pass on my apologies to the Sainsbury's checkout girl concerned.

Police officers of Police Scotland were at my door on Sunday, 7th March 2021, wanting to take me to Kittybrewster Police Custody Centre for questioning. I spoke to them through the door and on my mobile. They are returning on Wednesday, 9am. They did not leave any note of their names or a police number.

I was afraid to open the door to them because to be honest with you, as a scientist, I am more worried about catching Covid.

The police officers at my door seemed to think that if you don't have symptoms it is safe to meet indoors. That is not true.
Many people carry the virus without symptoms - "asymptomatic transmission" we call it.

The police are not scientists. I am the scientist, not the police. The police don't know what they are talking about.

I am now 60 years old but I have not yet been offered my first vaccination dose.

I could catch Covid if I breathe in virus particles left by a person who was infected with Covid, albeit without symptoms, who is in, or who was recently in - the police car, at Kittybrewster Police Custody Centre, in the prison van to the Sheriff Court or in the Sheriff Court building.

My younger cousin died from Covid so this could be a death sentence for me.

I plead with the police - please follow the science - coronavirus is an airborne virus and anywhere indoors is a risk, unless you are home alone, as I always prefer to be.

I am NOT GUILTY of any crime but if I am charged I may just plead "Guilty" immediately in order to short-circuit the process to where I am paying a fine from home and safe instead of pleading "NOT GUILTY" in court and catching Covid and dying from it.

I would rather admit to another false conviction, pay a fine and get out of there fast.

I have issued the following statement to the press, published it on the internet and emailed it to all Aberdeen lawyers and Aberdeen City Councillors.

SUNDAY, 7 MARCH 2021
Police at my door today threatening to take me to Kittybrewster Police Custody Centre
Posted by Peter Dow at 6:48 am No comments:

Earlier today, police officers were at my Aberdeen door wanting to "speak to me" (meaning detain/arrest me and take me to Kittybrewster Police Custody centre for questioning).

Seems Sainsbury's 124-130 Holburn St, (where, until now, I had been a regular customer) made a complaint and as I confirmed in a telephone call to them this evening I'm now banned! 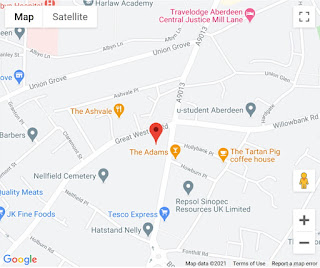 I know when I'm not wanted and if Aberdeen Sainsbury's don't want my custom then I am happy to shop elsewhere.

Involving the police and the police deciding to make this into a matter of taking me into custody for questioning is just way over the top and one more reason to sack Chief Constable Iain Livingstone because his command is utterly incompetent and wasteful and meanwhile real criminals are committing real crime which is not being prevented or detected.

The stupid, bad police are choosing to go after open, honest and innocent people who have nothing to hide because innocent citizens like us are so much easier to catch. Policing in this country now is a complete disgrace. 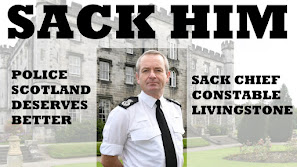 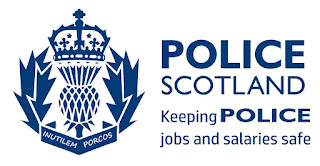 This is not good policing; this is police harassment and persecution which the SNP Government are fully funding because they want the police and courts harassing innocent individuals like me, whom they don't like, on pretexts which involve absolutely nothing criminal whatsoever.
I had a conversation about this on Twitter which I thought I would include for a complete report. 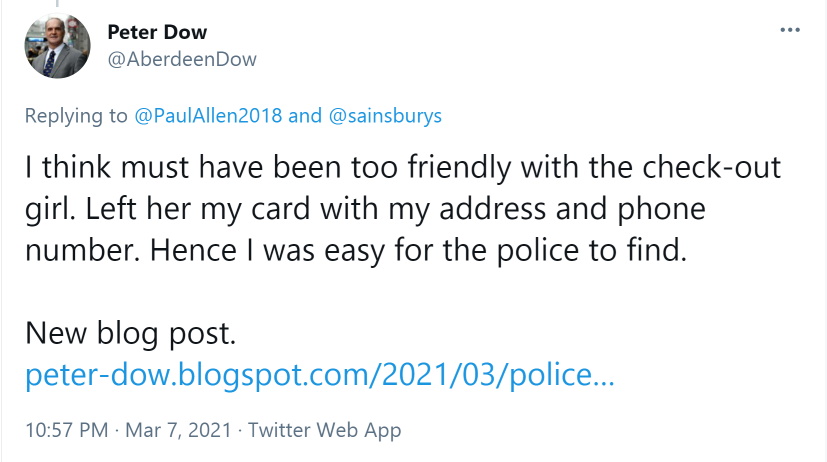 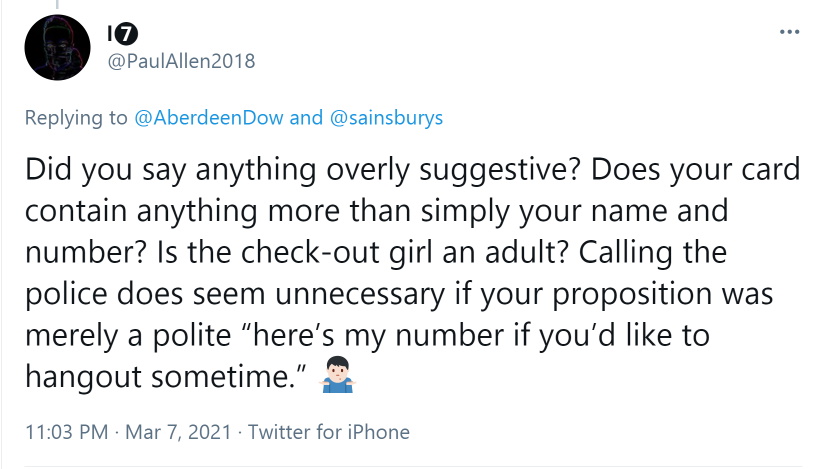 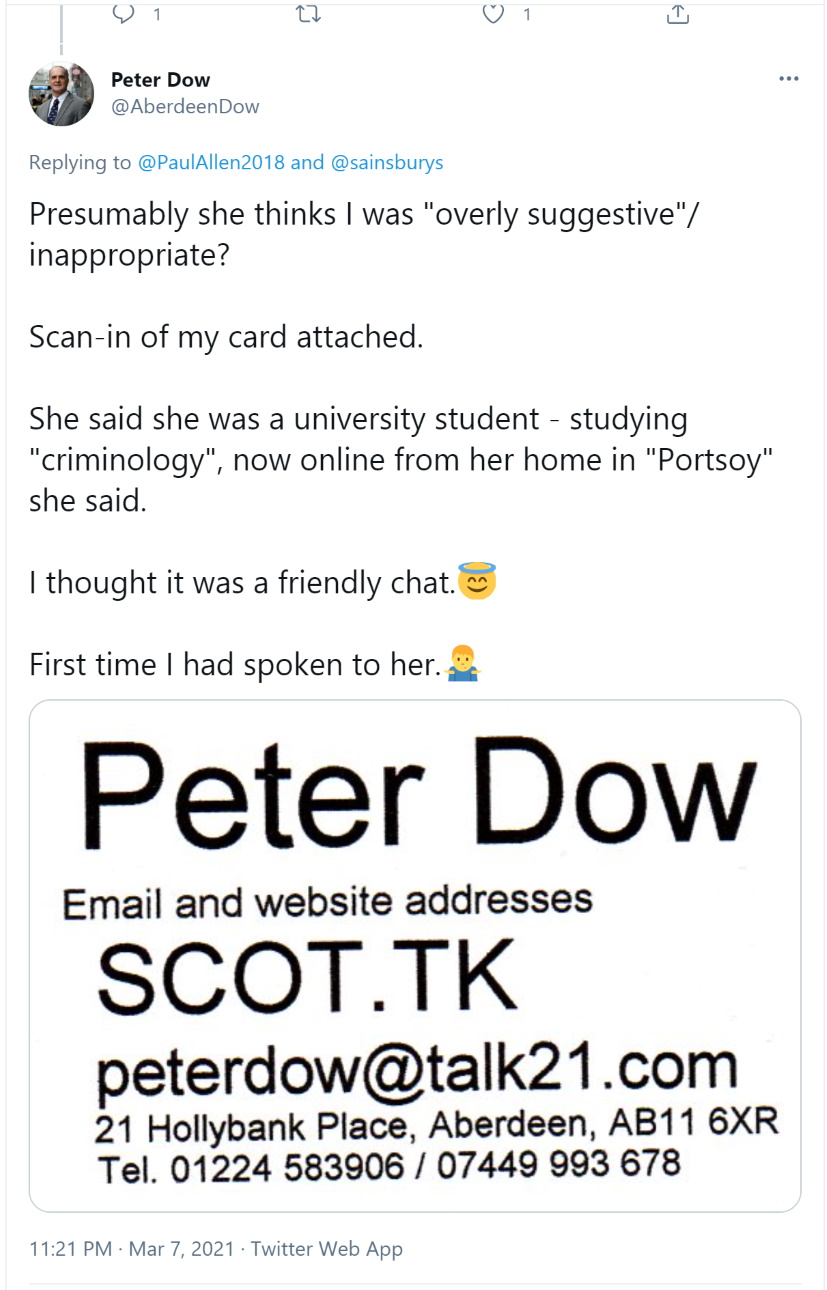 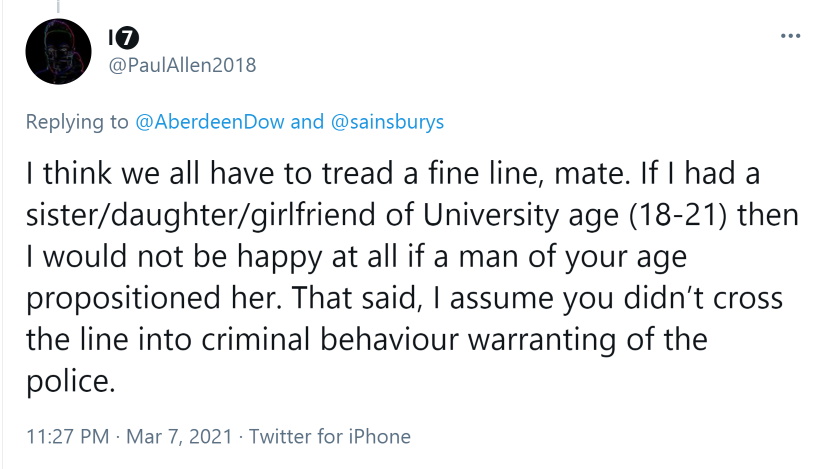 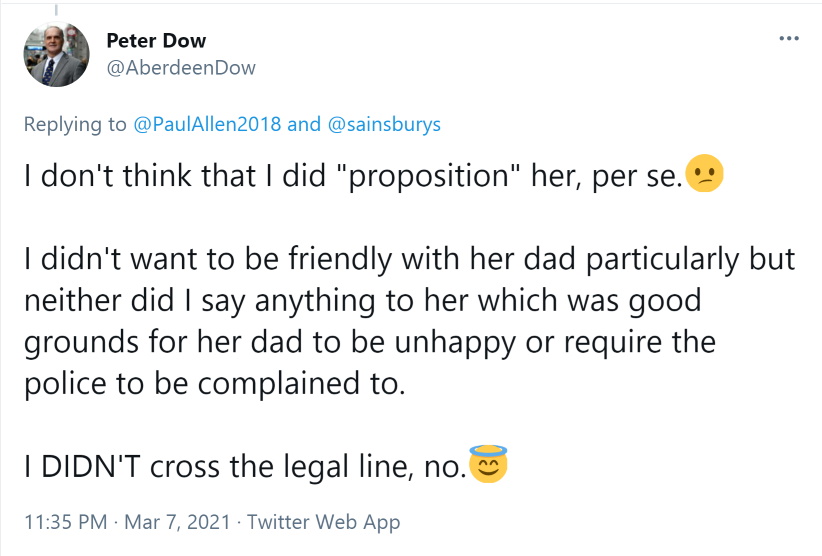 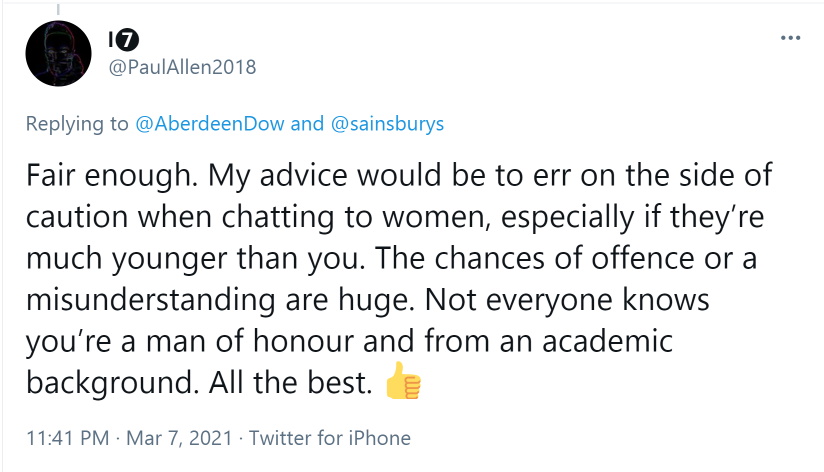 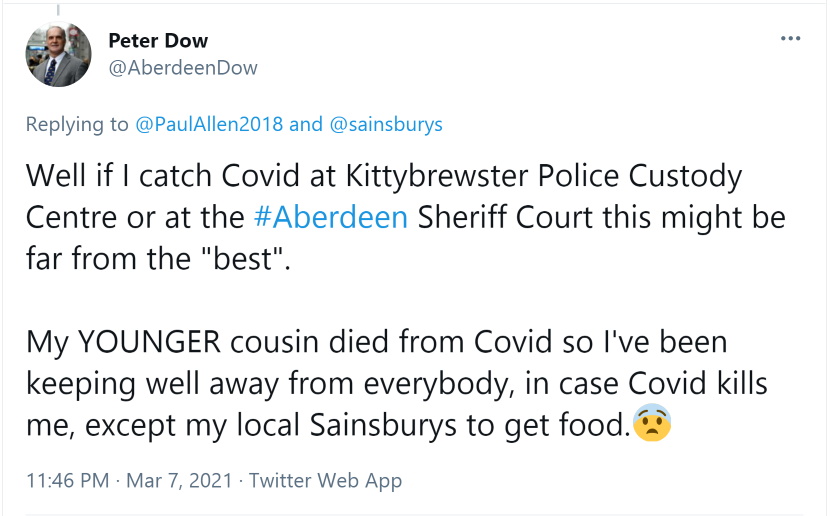 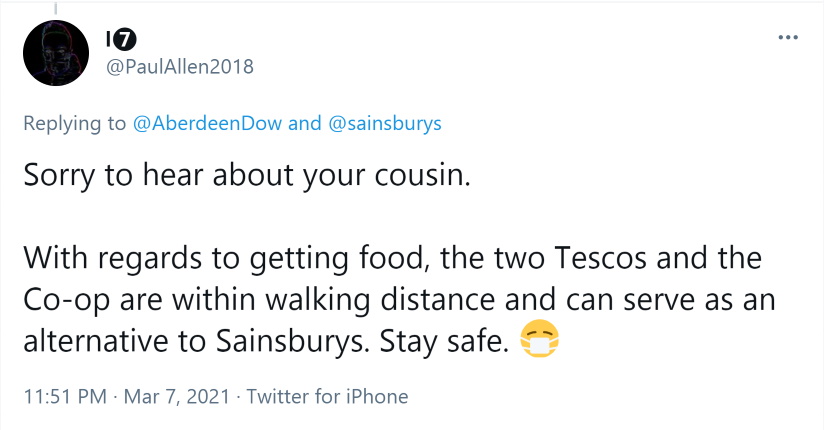 Check out my Coronavirus posts on my Preview blog.

I'm a scientist doing my duty to help to fight, contain and defeat this pandemic.
The police should stop arresting scientists and leave us to get on with our duty in the service of the people and of humanity.
When you think about it, the police are committing a crime against humanity when they interrupt scientists doing our duties for humanity.
So the SNP Government are paying police to commit crimes against humanity and that's why it is fair to call them an SNP Gestapo because the real Gestapo committed more crimes against humanity than anyone - even the SNP.
Posted by Peter Dow at 10:39 pm No comments: