New Law Officers: Are Bain & Charteris the same sort of filthy liars as the Were-Wolffe, Di Rollo and their fascist prosecutors? 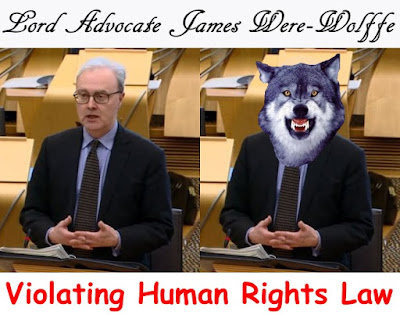 Will the First Minister's nominations for her government's new law officers - Dorothy Bain for Lord Advocate and Ruth Charteris for Solicitor General - be the same sort of filthy liars as James Wolffe and Alison Di Rollo and their fascist prosecutors are?
Will they put a stop to malicious prosecutions by the likes of fascist depute procurator fiscal James Robertson Dunbar 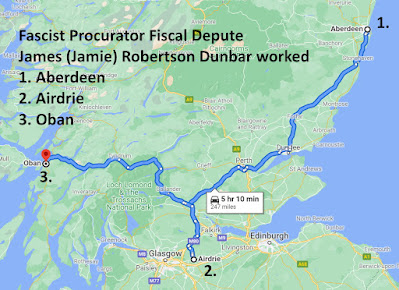 of gentlemen like me for our harmless flirtatious remarks, maliciously mischaracterised by the likes of disgraced former SNP Councillor and SNP Press Officer, Catriona Mackenzie, with the connivance of SNP MSP for Aberdeen Central and notorious panto villain Kevin Stewart? 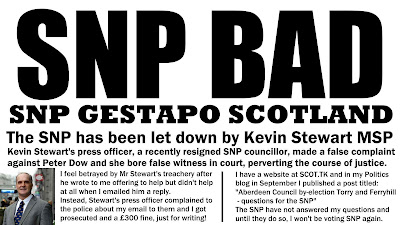 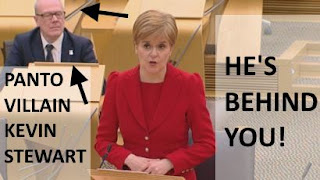 Because if these new law officers won't make that kind of difference, if they carry on in the same treacherous manner, which I have documented here in my political defence blog there will be no justice in Scotland.
And if there is no justice in Scotland then every time this man pops up claiming to be a "Justice Secretary of a Government of Scotland" that too will be another filthy lie. 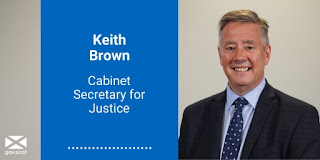 My recommendation for Lord Advocate is Aamer Anwar but it seems that the First Minister disagrees.

Wow, if I were Dorothy Bain, this is the recommendation I would want. 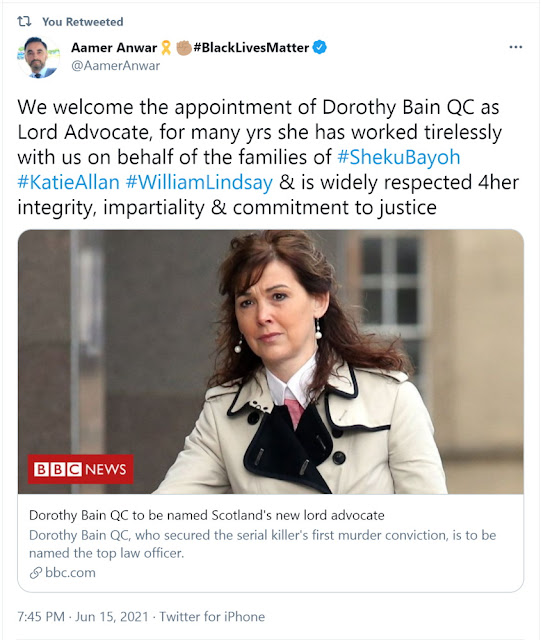