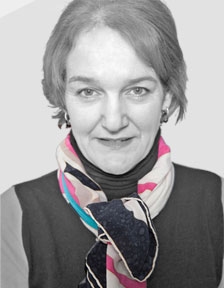 My (now former) lawyer turned up to court (court 1, not "3" as was stated in the roll) and was quickly excused from representing me further by the sheriff, Christine McCrossan, leaving me to represent myself from the dock.

I suggested that the trial which was scheduled for the 9th June could be re-scheduled.

The procurator fiscal depute, Jamie Dunbar, supported my suggestion and we agreed a joint motion to ask the sheriff to adjourn the trial to a later date, to give me time to find a solicitor.

This the sheriff agreed to and the clerk of the court provided dates of 3rd August 2016 for the trial and 6th July 2016 for the intermediate diet.

See - Press and Journal - Solicitor of Aberdeen man accused of threatening Queen steps down
Posted by Peter Dow at 7:05 pm No comments:


There is an intermediate (unfair) trial diet for this case listed in the Sheriff Court Rolls for Aberdeen Sheriff Court on 12 May 2016 as follows.

I had been excused by the court on 17th March any requirement to attend court on 12th May, on the understanding that I would be represented by my lawyer on this occasion.

However, since then, my lawyer has written to me informing me "we are forced to resign from acting for you", which rather implies to me that I would be well advised to turn up to court on 12 May 2016 as I may well have to attempt to represent myself from the dock on this occasion, not a happy circumstance for me, not being a lawyer and everything.

That advice to attend personally was confirmed to me by my resigning lawyer at a meeting with him on 19th April, where he mentioned receiving a "letter from the Crown" raising the possibility of there being written "a minute of understanding" to the effect that if signed (by myself presumably) could allow the return to me from the police at long last of my computer equipment and irreplaceable science research data, which is a prospect of the greatest significance and of the highest priority to me so naturally I requested a copy of the afore-mentioned "letter from the Crown" to examine what exactly was written and what therefore had to be done next but frustratingly my resigning lawyer claimed that he could not provide me with a copy there and then as I requested because "the papers were out to be fee'd" which I gathered from him meant that all the papers for my case had been passed to a law accountant or auditor for assessment of the solicitors' fees to be charged to Legal Aid!

Nearly 3 weeks later, I have still not yet received a copy of that "letter from the Crown" confirming the details of this eagerly anticipated "minute of understanding".