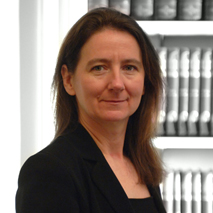 
The (unfair) trial was adjourned (again) until 9th June 2016, on a motion from the lady procurator fiscal depute. Something about a police witness was needed for a trial in the High Court. The motion to adjourn was not opposed by my defence lawyer.

Not proceeding with an unfair trial of my harmless republican political expressions before a Queen's judge suits me better than proceeding with the risk of being "found guilty" (ha!) and sentenced.

If only meantime I could get returned to me from the police my seized computer equipment (that the prosecution don't need for evidence anyway) with my irreplaceable science data, which I need to do my duty to humanity then the court officials would be welcome to reschedule the case as much as they like.

However, delaying and refusing to return my computer meantime is totally unacceptable.

Although I want my computer returned to me now, today, this minute, it is not true to claim that I "want this unfair trial to proceed as soon as possible".

I never want an unfair trial. I always want my computer equipment returned to me immediately without any further delay because it is inexcusable for the authorities to keep my computer which they absolutely don't need to have in their possession and never have needed but was seized by the police because they can do any damn thing they like in a police state. Fascists!