Kevin Stewart: Bad for the SNP, Bad for Aberdeen 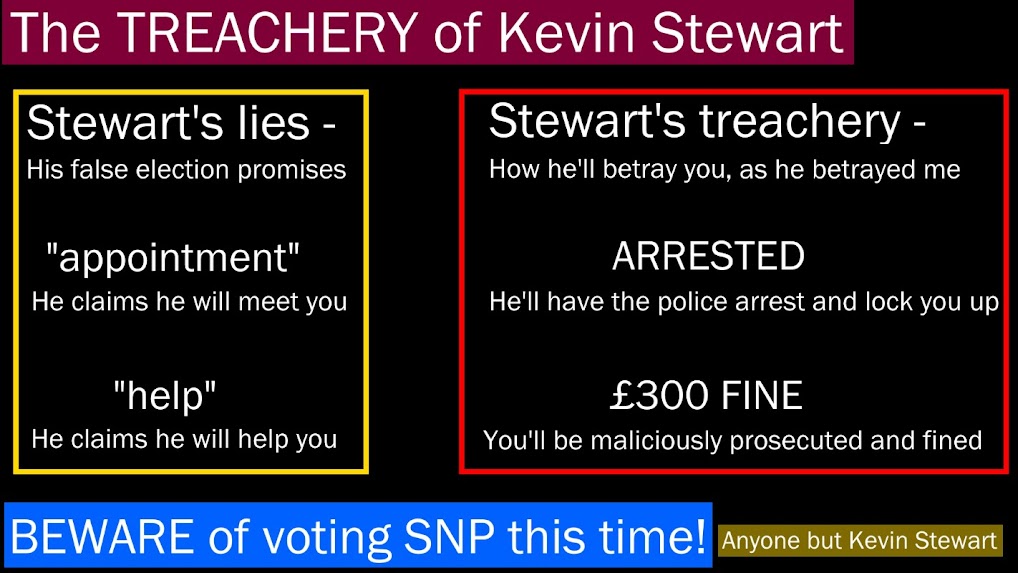 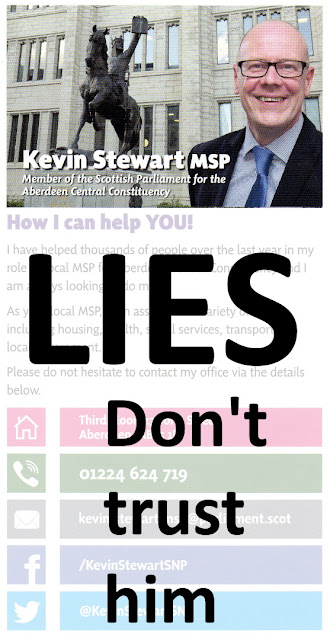 Please DON'T vote for Kevin Stewart as the SNP candidate for Aberdeen Central constituency Member of the Scottish Parliament in May.

Stewart has been a very bad Member of the Scottish Parliament, misrepresenting Aberdeen's interests and betraying me when I asked for his help as my MSP but instead he conspired with his SNP press secretary and then SNP Councillor Catriona Mackenzie, to fit me up on a false charge for which I was wrongfully arrested, maliciously prosecuted, unjustly convicted and terrorised into paying a fine of £300.

Mackenzie has since resigned as a councillor, in disgrace of course, but Stewart has the brass neck not to resign. Stewart seems to be hoping that Mackenzie will take all the political fall for this but the responsibility for the sting, the deceitful operation they planned together to set me up, was Stewart's responsibility too.

Stewart has bunkered down and tried to ignore my questions about his treachery but I will hold him to account if I can because I don't want Stewart to betray any other voter in Aberdeen, as he betrayed my trust and my vote.

The SNP should take a long hard look at why they are fielding Stewart as their candidate in the elections to the Scottish Parliament? Stewart's shenanigans must be doing some long term damage to the SNP's reputation for honest politics. The SNP would do much better with another candidate.

I predict that Stewart's political career has a rocky road ahead but the question I have is will the SNP let Stewart take the SNP's political fortunes in Aberdeen down with him or will the SNP cut Stewart loose to save the party they love? 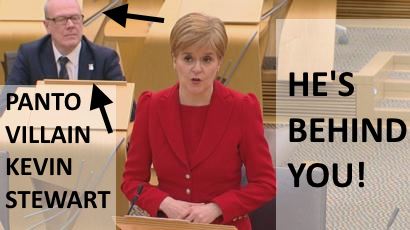 It's pantomime all year round at Holyrood, with panto villain Kevin Stewart 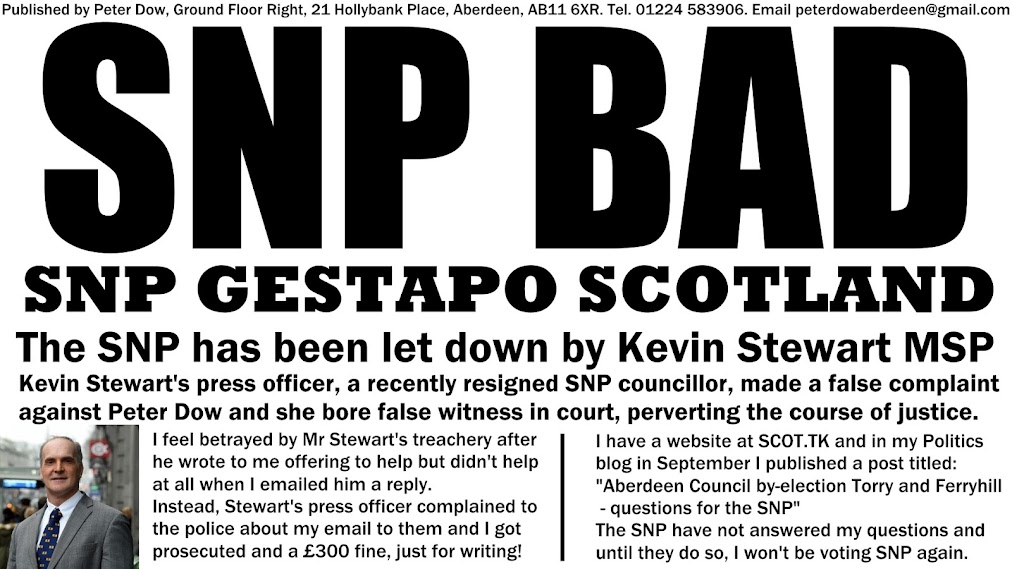