Photos from today's march for Scottish independence in Aberdeen

It was a sunny day, with occasional short but heavy showers, for the march for Scottish independence in Aberdeen today, organised by All Under One Banner. 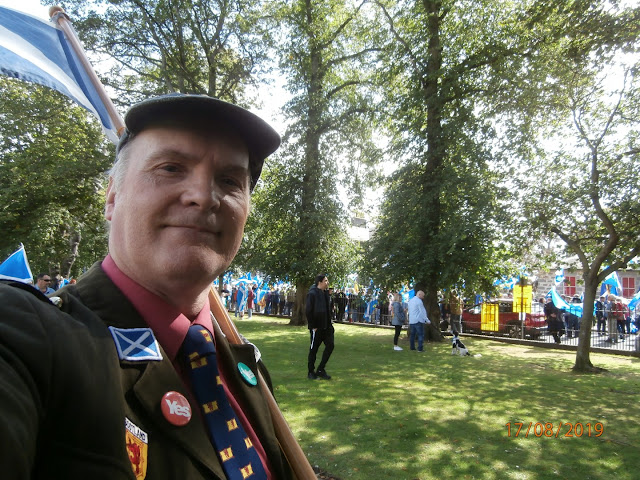 Making my way though the terrace gardens to the back of the march as it formed-up on Albyn Place. 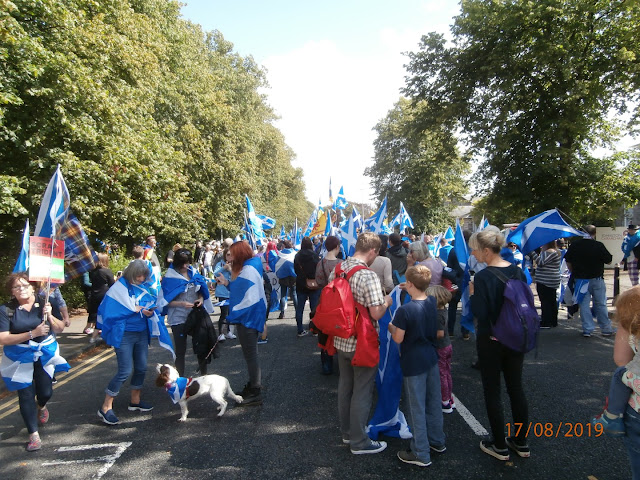 View from the back of the march before it started 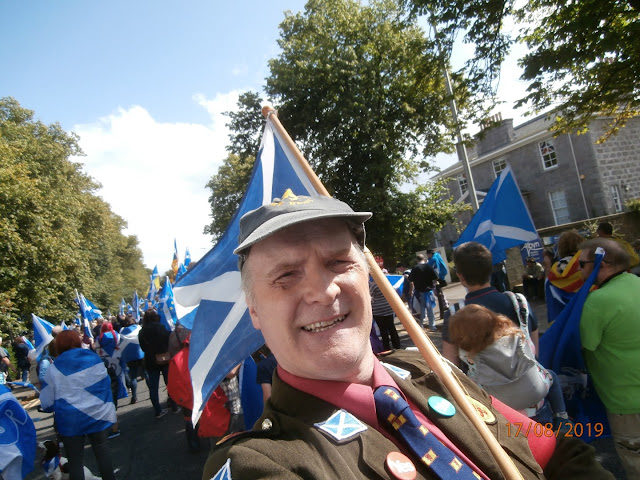 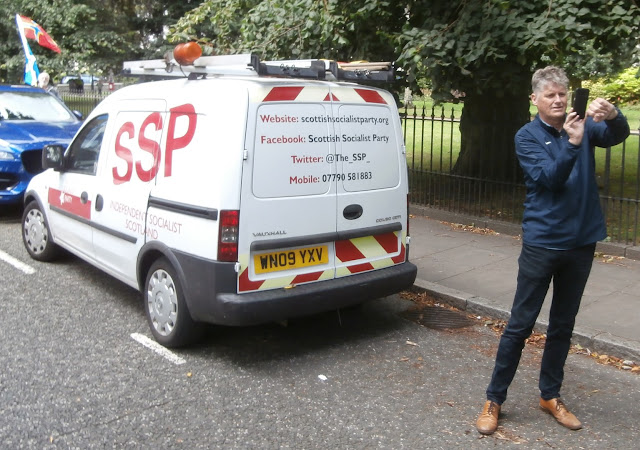 The march passed Colin Fox who had parked up the Scottish Socialist Party van on Albyn Place. 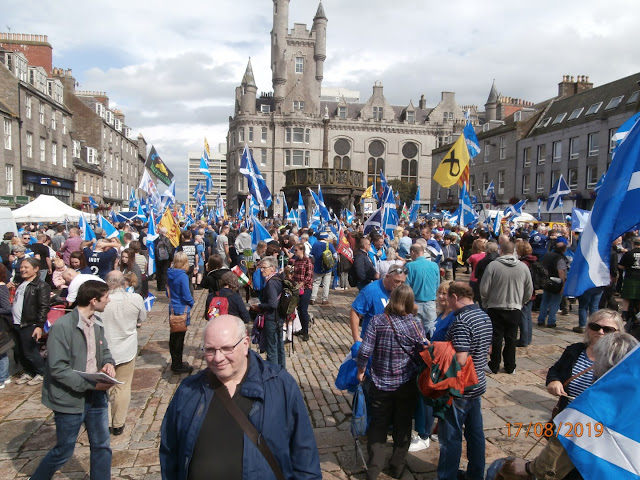 The march went smoothly, seemingly well-received by onlookers, apart from a pocket of union flag waving unionists on Union Street (where else?). The march ended without incident at the Castlegate for a rally with bands and political speakers.

This is my selfie with Tommy, a socialist comrade from Aberdeen, who I chatted with, which was nice.
Posted by Peter Dow at 7:25 pm