Attention all those Scottish gentlemen and ladies who sent a Valentine's Day card last week.

BEWARE of the censorious prudes of the SNP-mismanaged police and courts.

Faint heart never won fair lady but brave heart may get you arrested by Police "Gestapo" Scotland and then prosecuted, convicted and fined by their FemiNazi courts.

They claimed that me sending 2 flirtatious emails 6 months apart was "an offence which spans 6 months". Really?

Next will they be claiming that anyone sending 2 Valentine's Day cards, on consecutive years is "an offence which spans 12 months"?

It was fair enough for Councillor Catriona Mackenzie to complain that my emails were "inappropriate". As a gentleman, I will always respect and honour any woman's requests not to send her any more emails, of course.

However those 2 emails I had sent before I had received any complaint from Councillor Mackenzie or from someone on her behalf. My emails were sent in sincere good faith in reply to her election campaign material and Kevin Stewart MSP's letter to me and without any intention to pester or annoy the good lady against her wishes.

Therefore Councillor Mackenzie had no good reason to imagine that she was under any kind of a "threat" from me because she wasn't, she isn't and she never will be.

Any "threat" which Councillor Mackenzie claims to have perceived was a figment of her own overactive imagination. Her friends, Kevin Stewart MSP, the police, the prosecutors and the sheriff all had a duty to tell her to "calm down dear" but none of them did their duty, sadly.

Instead they violated their duty by forcing me into the dock and by encouraging Councillor Mackenzie to make a fool of herself in the witness box.

Their claims that my emails were "offensive" are not reasonable, in my opinion.

In my opinion, Jamie Dunbar is not a reasonable man - neither prosecuting this "2 flirtatious emails" case nor prosecuting the "anti-Queen tweets" case either.

In my opinion, Jamie Dunbar should not be employed as a prosecutor anywhere in Scotland. He should be sacked by the Scottish government forthwith. 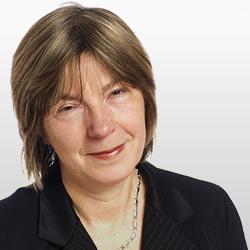 In my opinion, Margaret Hodge is not a particularly reasonable woman either. She allowed herself to be led by the nose by Dunbar, parroting him word for word.

In my opinion, Hodge is not best employed as a Sheriff. She should probably be demoted and reemployed to a less critical job soon but only as and when she could be replaced by another woman sheriff.

For the full text of my emails, see my blog post of TUESDAY, 23 JANUARY 2018
No threats and no abuse in my emails to Catriona Mackenzie 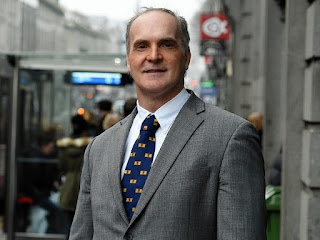 Peter Dow was fined for sending sexually suggestive emails to a city councillor.

A self-styled political activist has been fined after sending a city councillor sexually suggestive e-mails.


Peter Dow was convicted of behaving in a threatening or abusive manner towards Catriona Mackenzie, who represents the Torry and Ferryhill ward, at Aberdeen Sheriff Court yesterday following a short trial.

The 57-year-old had denied the charge but yesterday Sheriff Margaret Hodge found him guilty of the offence, which spanned a six-month period last year.

Miss Mackenzie gave evidence yesterday where she told fiscal depute Jamie Dunbar she had never met Dow, of Hollybank Place, Aberdeen, but was aware of who he was due to reports in the media.

She said she was just days away from the local government election when she received the first e-mail from Dow on April 29.

Dow’s e-mail was sent after he learned that Miss Mackenzie, who also works as a part-time press officer for Aberdeen Central MSP Kevin Stewart and Aberdeen North MP Kirsty Blackman – was standing in the election on May 5.

Mr Dunbar read out the letter, including the excerpt “Are you meeting voters? I think I might like to meet you. (Full disclosure, I’m 56-year-old bachelor with an interest in younger ladies).”

Miss Mackenzie said she was “a bit concerned” about the “inappropriate” nature of the e-mail because her home address was printed on the ballot paper.

Mr Dunbar then read out the text from another e-mail from Dow dated October 29 which was sent to Miss Mackenzie and Kevin Stewart.

In the email, Dow invited the councillor to his flat, where he offered to be “shaved, showered and presentable” for her.

It stated: “I do hope it is not inappropriate to suggest that if councillor Catriona Mackenzie would like to see me half-naked or indeed fully naked at my home then I surely would oblige her at her convenience?”

Miss Mackenzie said she was “alarmed” by this email and felt “physically sick” when she read it.

Defence agent Charlie Benzies argued that Dow was a “fantasist” who had been trying to be “flirtatious” but had not threatened Miss Mackenzie.

However, Sheriff Hodge dismissed this and found Dow guilty.

Fining Dow £300, she told him that any reasonable person would be alarmed by his e-mails, particularly the “overtly sexual” second one.

Last year Dow was in court after posting tweets on social media site Twitter threatening to kill the Queen.

He was fined £500 after being found guilty of a breach of the peace.
Posted by Peter Dow at 6:43 pm 2 comments: